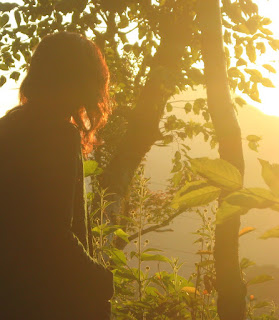 It’s hard to believe it; it seems like only yesterday and it me leaves feeling a slight tinge of sadness to think it’s been so long.

It’s been three years to the day that my feet first stepped onto that magical land, three years to the day that I breathed that sweet air of freedom. Fitting I think that Valentine’s Day be the anniversary of the day my life changed forever from one of despair to one of love.
Some might call my perception of this seemingly minor event a bit extreme, some might even call it down right nuts but I honestly harbour no romantic delusions regarding either the land I visited or the people in it; I simply have a very open and honest acceptance of my own mind set and state of being before that fateful trip.
When I left Canada I was tired and worn, embittered by the never-ending cycle of death and destruction not only in my own life but in the world around me. I struggled to find hope for a future that in my mind would inevitably swallow up any dreams I myself or my daughter may have for a life filled with joy. I saw corruption and greed, in the government, in my place of employment and even within the confines of my own family. I believed that money ruled the heart, that mankind was headed down a road of self annihilation. With my faith lost in religions that seemed only to want to control and impoverish rather than to lift up and inspire, I could not see the God or The Spirit that people with light in their eyes spoke of. I knew at the core of my being that it was there, but I could not feel the warmth that I believed was mine by right. Without guidance I wandered through my life lost in my own fear.

I pretended often to be happy, faked it better, I think, than most and for years I managed even despite my many ups and downs to convince my friends and family that I had my life on track and things would in time improve. Inside I was dying, slowly hoping that the diseases, injuries and the abuse prescription meds and cigarettes would do me in long before I would have to answer for my perceived failures.
Then for one brief moment instead of being afraid of being sick, I got sick of being afraid. In a moment of desperation I asked the great emptiness for help and so began the journey that first brought me to Manila and ultimately brought me here.
Now I see hope for a better tomorrow, I see already proof in action of a better today. I believe that there are no longer limits to what either myself or my daughter can accomplish and all that shapes the future for us is the width and breadth of the dreams we will allow ourselves to dream. I see thousands of people working to create innovative solutions to challenges we as a society for a short time believed to be impossible to overcome. I see millions of voices screaming out in defiance of oppression and repression. I see the people not just praying to and worshipping but becoming the Spirit that some religions have so long held tantalizingly out of reach. My faith in God has been reawakened and my faith in humanity is unshakable. I know now that giving up is not an option and the joy is not found in things that are hard won or bought. I know that peace is easily attained once our fear of loss is released and I know that ultimately there is nothing really to lose in the first place.
I also know that had I not taken the time to wonder why even in the midst of such obvious poverty and intolerable living conditions they were still able to smile, I would still be lost. Thankfully I did ask, and they were kind enough to answer in their gentle, guide you by the hand to the water and never force you to drink kind of way, they taught me more about love in a few days than I had learned in a lifetime.
So if you ask me if the land and the people I met are really as magical and powerful as I have often claimed over the years, if you ask me if they really can have such a profound effect on strangers as to regenerate and renew the sprit within I will still say yes. Even knowing all that I know about the struggles that they themselves deal with everyday, perhaps especially because of my understanding of those struggles I would say unequivocally and irrevocably yes, they do indeed shine a light strong enough to save even one so lost as me.
To my Valentine – the people of THE PHILLIPPINES – may your light continue to shine in the hearts of all those who are blessed enough to feel the power of your love.
Happy Valentine’s Day 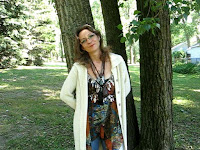